On October 29th, 2021, Banca Transilvania completed the acquisition of the entire package of shares held by the Polish group Getin Holding on Idea::Bank.

Idea Bank SA  delivers products and services to both individuals and SMEs, relying on the development of new digital banking technologies.

In the near future, Idea::Bank will become a digital banking hub, going beyond the sphere of traditional banks, as it results from the statement of Mr. Horia Ciorcilă, Chairman of the Board of Directors of Banca Transilvania:

„We are happy to bring to the ecosystem of Banca Transilvania, together with the capabilities of BT, a new entity that has the technology in its DNA. We are confident that through what we set out to do we are pioneers on the Romanian banking market, for customers increasingly oriented towards online banking. Many thanks to those who contributed to the success of this acquisition - authorities, consultants, lawyers and the dedicated BT team. We also thank the Getin Holding Group for their trust and collaboration. ”

Also, all three legal entities currently known under the Idea brand will have new corporate identities. 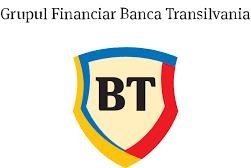